Abah Guru Sekumpul is one of the phenomenal figures in the land of Banjar. The Haul Abah Guru Sekumpul tradition is carried out every year in the month of Rajab since his death on August 10, 2005, until now that is held at Musholla ar-Raudah, Sekumpul, Martapura and is coordinated by congregations voluntarily from various regions. This study focused on the symbolic interactions' George Herbert Mead in understanding the motivation and goals of the congregation in the following of the tradition of haul Abah Guru Sekumpul. This study uses a descriptive qualitative approach with a phenomenological model. This study used library and field research with indirect observation techniques as research reinforcement. The tradition of haul Abah Guru Sekumpul is considered as the symbol of the media connecting God and humans (hablum minallah). The congregation has various interpretations of this haul tradition so that it becomes an impetus for the congregation to always attend, follow, and carry out a series of haul activities. As for funding and services, carried out voluntarily by congregations who love Abah Guru Sekumpul, they work hand in hand to launch haulan activities. There is a special pride for residents as residents of the center of the syiar Abah Guru Sekumpul. He was died and buried right in the mihrab of the surau, not only because of the figure of a Guru who was born, lived, and died in Martapura, but also because of the existence of a sacred symbol in that city. This pride reached its peak momentum when the haul Abah Guru Sekumpul tradition was carried out and expressed through special services for the millions of worshipers who came to the city of Martapura.

This work is licensed under a Creative Commons Attribution 4.0 International License. 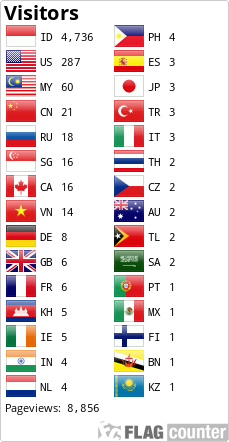